So this was supposed to be a small update, but this turned out pretty hefty after all, haha. Most of the changes are QoL stuff / minor fixes or improvements, but I'll try to iterate through them here.

It's been awhile yet, but I finally got around to adding customizeable fonts and font sizes to MasterPlan!

Now you can set a custom font (.ttf or .otf) file from anywhere on your computer for MasterPlan to use. You can also modify the size of the font and GUI text scaling percentage. Note that the UI doesn't really respond to the GUI scaling properly yet, but it's a start, anyway.

Textboxes have also been reworked to be more reliable, more optimized, and no longer spill their contents outside of the bounds of the boxes. Hurrah~

Progression Tasks now have buttons to adjust their completion right on the overview. Now that I think about it, I forgot to add the ability for Checkbox Tasks to do the same thing. Whoops! That'll be in the next update, I suppose.

Also, per some previous suggestions, MasterPlan can now run and draw at a lower FPS when unfocused, thereby reducing system resources when you're not actively "looking at it".  It defaults to 60 alongside the focused FPS, but can go all the way down to 1. Deadline visualization can also now be customized in stages, so you can have it be as distracting as possible (the way it was before) to completely understated (no visualization except for the deadline text actually in the Task). Both of these settings are tweakable in the settings section, of course. 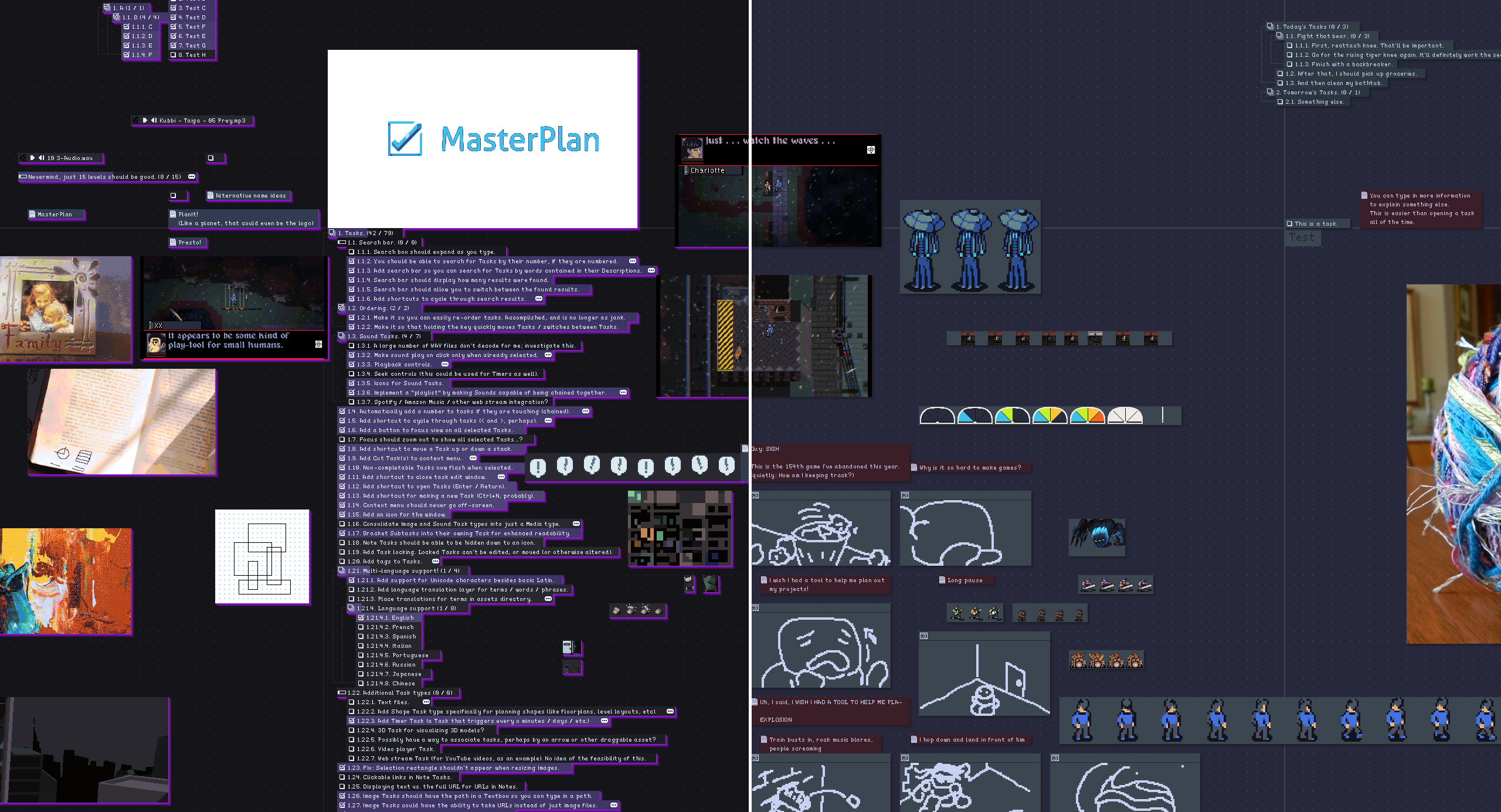 As for visuals, I'm adding a new theme, as well as tweaking an old one - Cloudy (above, right) is now a bit more mellow and has a lower contrast now, while the new Waves theme (above, left) gives off a nice "electric purple" feel.

MasterPlan's log and settings location have moved! They are no longer in MasterPlan's launch folder, but are now in a user directory like most (?) other apps (this way, your settings are user-specific as opposed to being global).  Both the settings and log file should now be located in the XDG-standard local user configuration directory, as listed below:

To transfer your settings, simply launch MasterPlan, close it, and then copy the masterplan-settings file from the launch directory to the newly created configuration directory, renaming it to overwrite the existing settings file.

Finally, MasterPlan now has a Steam store page! If you could wishlist it, that would help me out a bit! Every person who buys MasterPlan here will get a copy of a Steam key for their usage, as well.

In any case, here's the full changelog.

Welp, thanks for checking out MasterPlan! I hope to keep up development into 2021, as well. 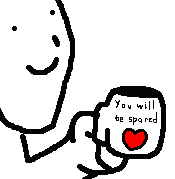