The One Where the Text Isn't Thrashed

It's been almost three weeks since the last update - apologies for letting time get away from me!

I've been cracking away on both MasterPlan, and a cool 3D software renderer that I've written from scratch in Golang named Tetra3d - check it out if you want something slow (but useable) and jank (and awesome), lol

In any case, here's MasterPlan v0.8.0 Alpha 3! This one is a bit of a minor update, but it's kind of important because I've finally gotten the text to not be so manky on the edges. Huzzah! 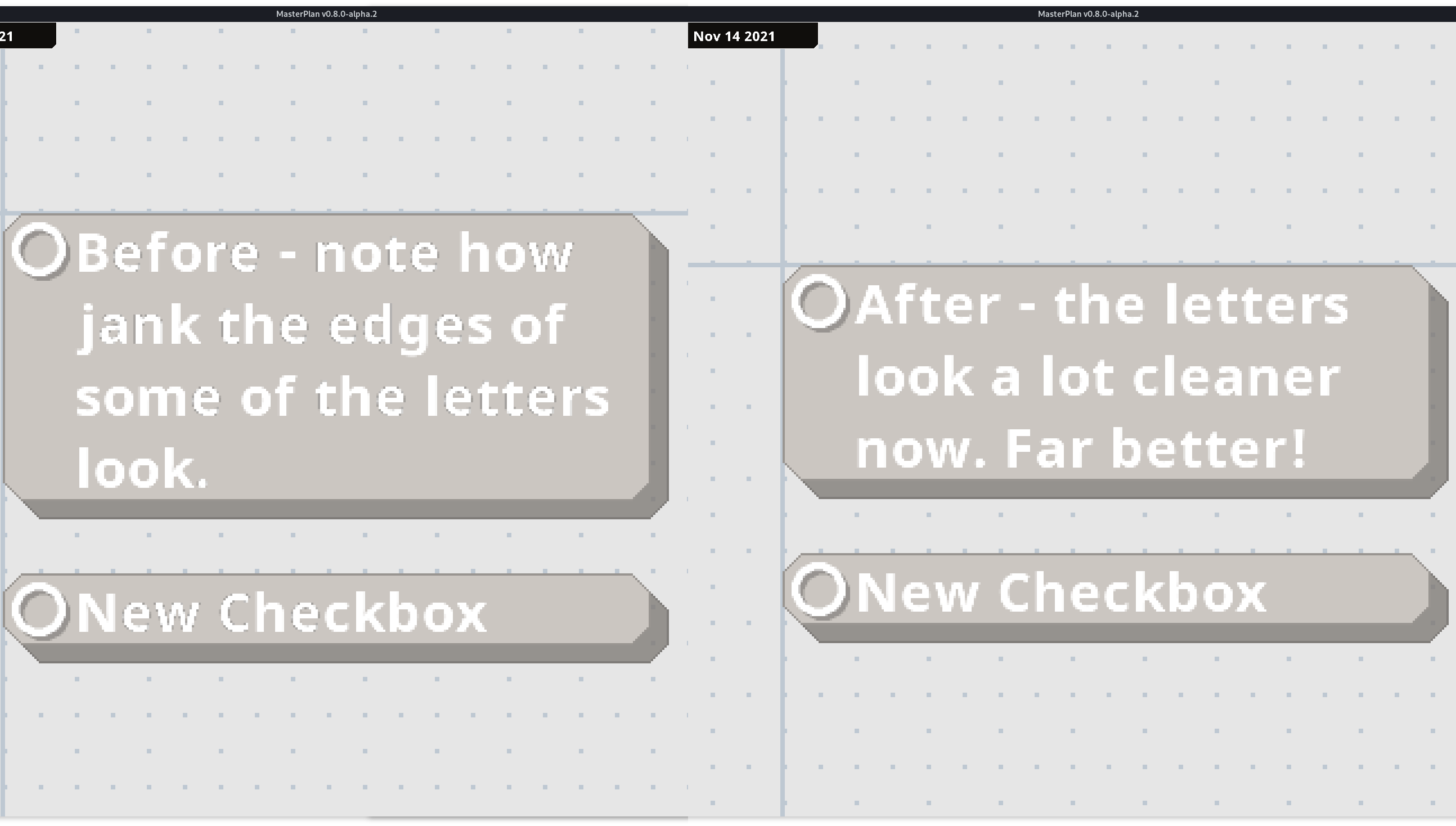 I definitely spent hours over the past few months trying to figure out why the text looked so bad. As it turns out, it was just a single line of code that was doing something I hadn't considered. Just change a couple of numbers and the text doesn't look thrashed anymore.

Other than that, this update just has some fixes / optimizations and quality of life improvements, like searchable keybindings and the old Load Recent menu (so you can easily access recently loaded projects). Anyway, here's the full change-log:

Anyway, that's about it this time. Thanks a lot - hope to have something more substantial for the next one~