It's been awhile; very very sorry about that!

I got sick for a few days back in December, which threw off my schedule and workflow.

I was working on a boards menu / hierarchy, but found it unsatisfactory. After some more work on MasterPlan, I thought, "Well, since I'm already late, I should make this update a big bigger," and kept working on it to try to make it even better. That was probably not a great idea, since I'm so late now, haha. Apologies, again!

In any case, here's, finally, another update for MasterPlan - huzzah! There's a few cool features in this update.

Firstly, you can color your Cards now! As of this new version, coloring your Cards is easily done on a per-Card basis, simply by using the new Edit > Color menu. You can either select the color using a color picker, or type (or paste) in a hexadecimal color code (like #FF002A). You can color (or reset the color of) multiple Cards at a time using this same menu. 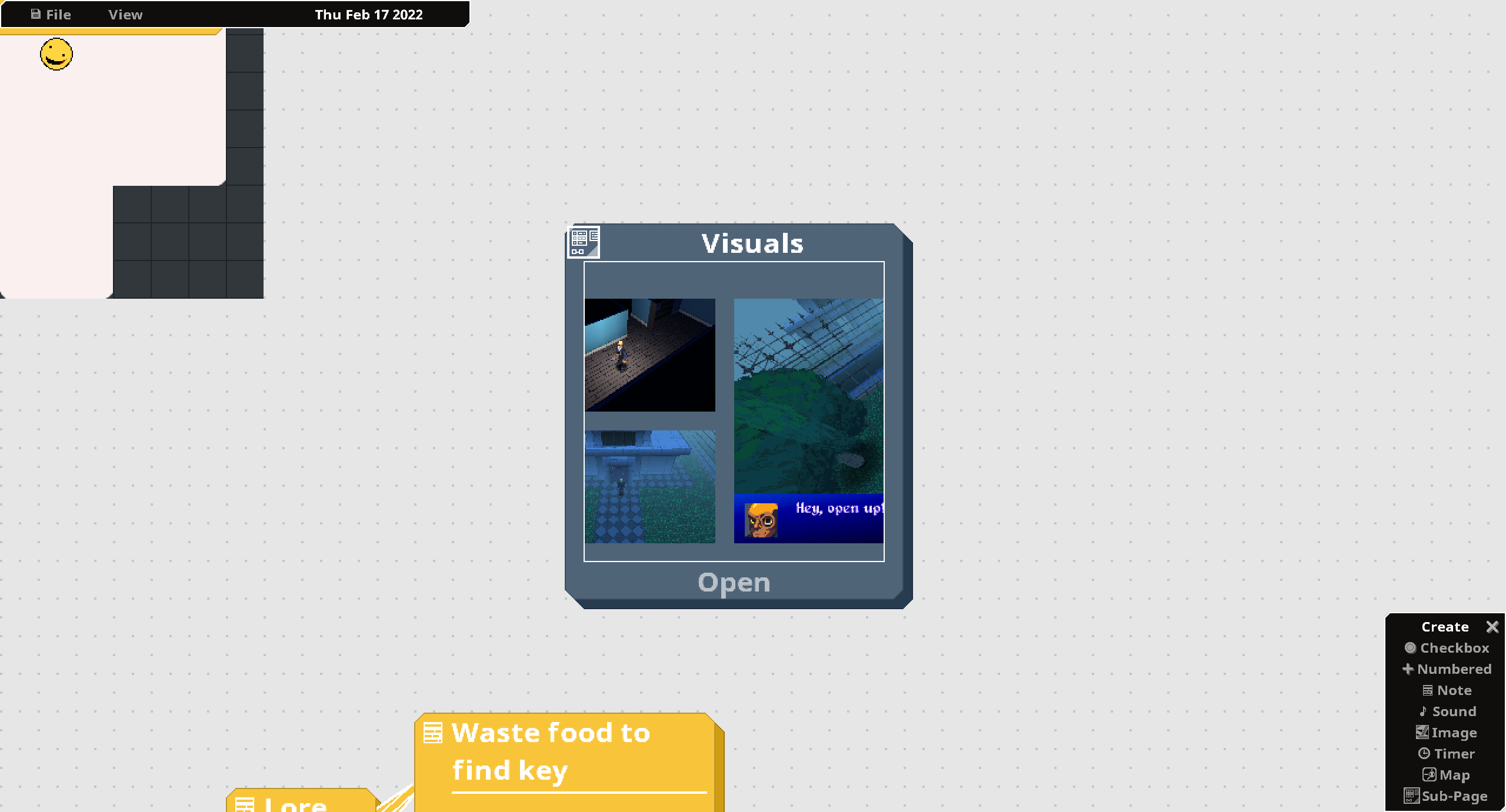 Sub-Pages are Cards that transport you to new boards. You can open them up and place Cards within them (including other Sub-Page Cards). If you copy a Sub-Page Card, the pasted Card will reference the same underlying sub-page, which might be a pleasant side effect if you want multiple ways to get to a specific location. (Note that I still want to implement a system that allows you to jump to a card on-command; this is just an additional little feature that seems fine to leave in for now.)

When you are finished populating a Sub-Page with cards and exit it, the Sub-Page card itself will display what's inside that sub-page - specifically, what's underneath the two origin axes (where the grid's center is).

Feel free to use Sub-Pages to help organize your project even more effectively!

It will serve as an easy-to-access central repository where I can write up documentation on how to use MasterPlan effectively, and will contain helpful illustrations and GIFs when necessary. The wiki is currently hosted on the GitHub repository for MasterPlan - while it could be hosted on another wiki hosting service, I find GitHub's Wiki section easy to read. It's also ad-free, so it should be perfectly fine (at least, for now).

The wiki is also easily accessible from within MasterPlan itself, right from the File menu.

In other news, the price for MasterPlan has gone up a bit - from $18 to $20. This is mainly because the longer I work on MasterPlan, the better it gets, and the more effective of a planning tool it becomes. It only makes sense, then, to raise the price to remain compelling with what you, as a user, receive. That said, I'm never going to make the price prohibitive; it probably will max out at around $25, and even then will go on sale periodically (like it currently is!).

Overall, it's been quite a wild ride working on MasterPlan, but I'm finally getting to the point where I personally feel like it's [i]actually[/i] comfortable and nice to use. I'm proud of it, and I enjoy using it, which is a good sign, haha.

Oh, also, due to changes in the way I've built MasterPlan, it should now work fine on Ubuntu (specifically) without you needing to build it yourself. This is because previously, it was built on my personal machine, which has a newer libc version than the LTS version of Ubuntu. Just be sure to install SDL2 and an X11 dev package for clipboard support (libx11-dev, xorg-dev, or lix11-devel, as is available on your OS), and you'll be good to go.

I'll need to tackle M1 Mac development next; I might have a few ideas on that front, as well.

IMPROVEMENT: Adding sub-pages. A sub-page is a card that allows you to access another page, thereby giving you more means of planning and organizing your project.

IMPROVEMENT: Adding a "Help" link to File menu. The help link takes you to a wiki, located on the Github repo for MasterPlan. The Help wiki will serve as a useful online central reference on using MasterPlan, and will be updated as MasterPlan grows.

IMPROVEMENT: Sounds can now trigger other Cards on playback completion when placed in a vertical stack, or when connected via links.

IMPROVEMENT: Line arrowheads now will have a black outline if they have a white fill color (like images).

IMPROVEMENT: Adding buttons to shift map elements around from the palette menu.

IMPROVEMENT: Shadows are no longer transparent and aren't as dark.

RE-IMPLEMENTATION: Reimplementing the ability to take screenshots (defaults to F11).

RE-IMPLEMENTATION: Reimplementing loading a plan from file system by double-clicking on it in Windows when MasterPlan is associated with .plan files, or by passing in the path to the plan as the first argument when starting MasterPlan.

QoL: Cards and menus are now resizeable from all sides, not just the right and bottom.

QoL: Cards can now only be resized when selected (which makes selecting cards easier, since you no longer have to worry about accidentally resizing a card when you mean to click on it).

QoL: Line arrowheads now use the main color, rather than the outline color (again).

CHANGE: Focusing on Cards now zooms into the Card as well.

FIX: Sound play button now properly changes back to play when the Sound is stopped.

FIX: MasterPlan internally refreshing textures (i.e. when resizing the window on Windows or changing fonts) no longer leaks RAM / VRAM like a son of a gun.

FIX: Short messages (that appear at the bottom-left) now appear long enough and are timed properly.

FIX: The keybinding to unlock the aspect ratio when scaling an image now properly works when holding the key.

FIX: The Menu close button no longer is always white, but rather changes color according to the theme.

FIX: Maps no longer internally each create their own palette menu (whoops). They share one menu now, of course, thereby lowering memory usage.

FIX: You can no longer open the context menu (right click) while a fullscreen prompt is open.

FIX: You can now undo and redo while editing text or with the context menu open.

FIX: Themes refresh every second when the Visual Settings menu is open.

FIX: Pasting cards from the context menu pastes them from where the menu opens, rather than from where you click on the "Paste Cards" menu.

FIX: Numbering is no longer broken, displaying a variety of 0's, for when a card is underneath a non-numberable card (like a Note).

FIX: Non-numberable cards (like Notes) placed between a parent and its numberable children no longer break dependency in a stack.

FIX: Projects should no longer save links between cards incorrectly. Again. Internally, this was because it was previously possible to create cards that shared IDs, thereby making them link incorrectly when the project is loaded. This should fix the issue. (Although you will need to re-create the previously broken links and resave your project. Sorry!)

FIX: MasterPlan is now built using Ubuntu 20.10, so if you're running Linux (particularly a stable distro like Ubuntu), you should be good to use MP directly from Steam or itch, rather than needing to build it yourself due to libc issues.

Welp, that's about it - thanks a lot for your patience! I hope you enjoy using MasterPlan, and I hope to keep getting updates out, and more regularly, at that. 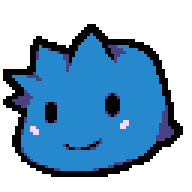